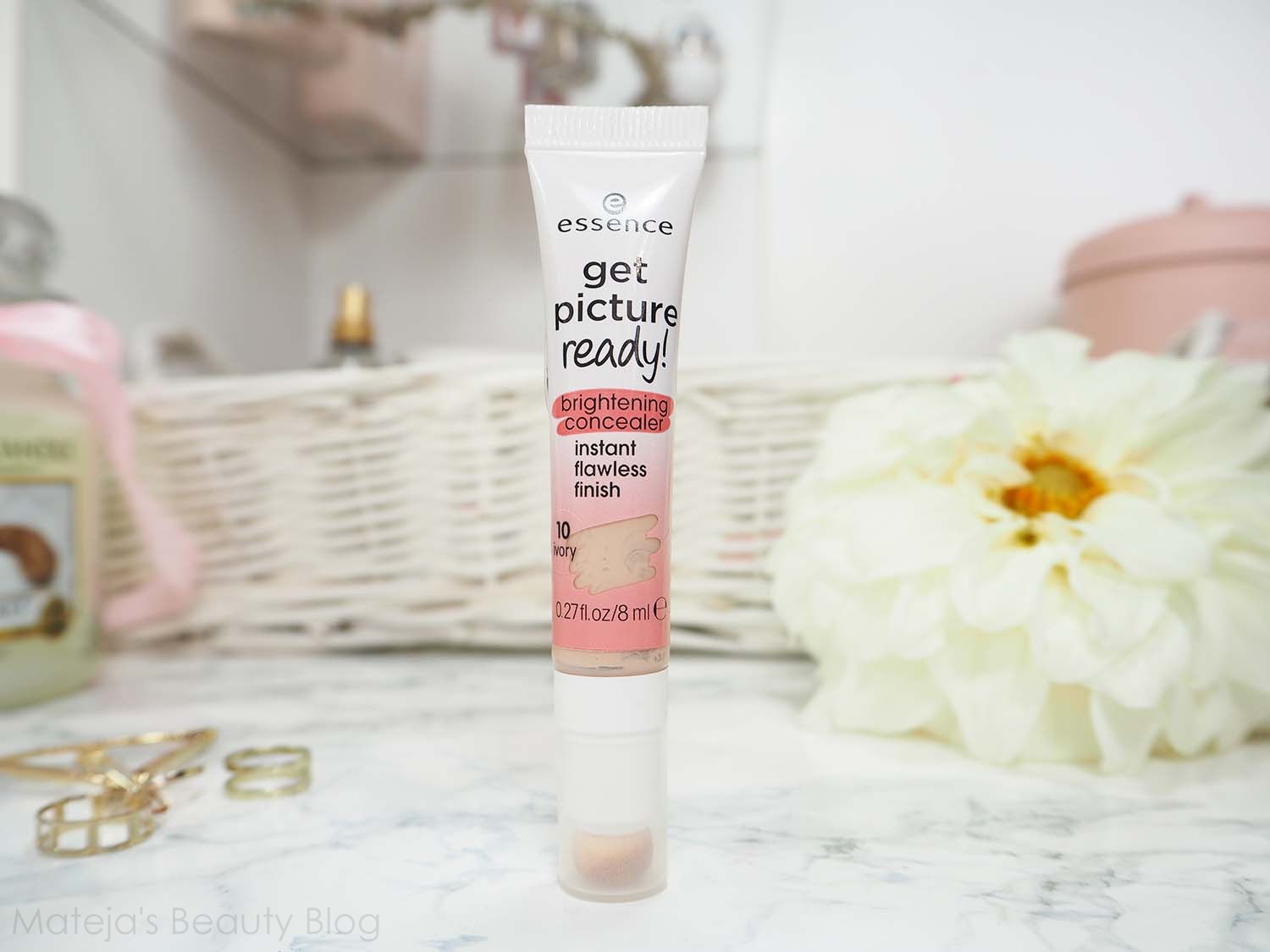 Among all the new Essence products for autumn/winter, this was the one I was looking forward to the most. I’m a big fan of Maybelline’s the Eraser and it’s clear Essence got a bit inspired by that concealer, but the design isn’t all that similar. I expected a lot, even though it’s by Essence and I’m not sure it managed to convinced me. 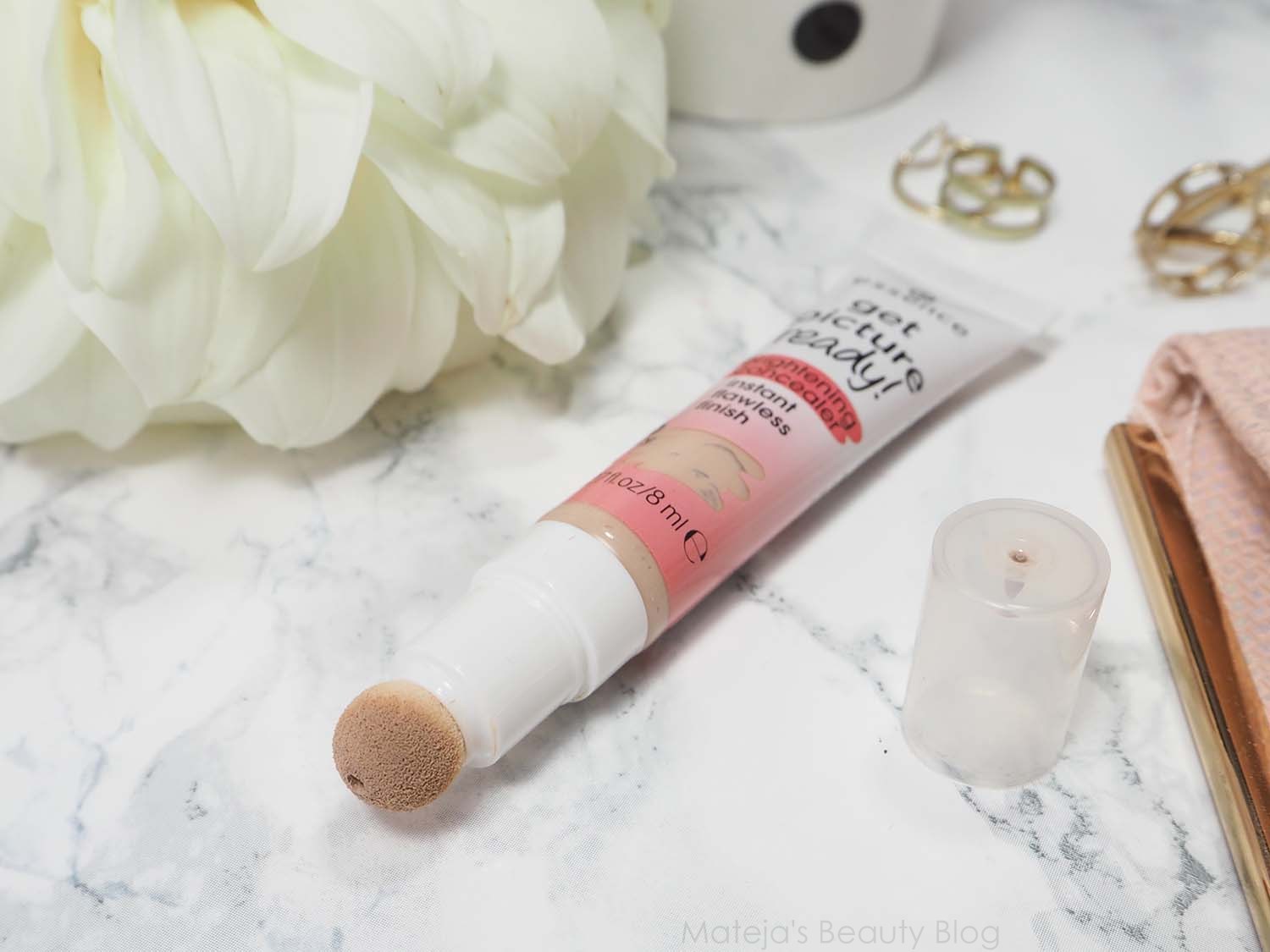 Texture: The formula is thick, but in a creamy way instead of a paste and it reminds me of some BB creams, particularly those that are like moisturisers. It looks like it’ll have a high coverage, but because it’s thick, it has to be blended to a thin layer, otherwise it’ll start looking weird and thin layers of this concealer reveal it’s not actually that pigmented. I hadn’t noticed it making my under eye area appear any brighter. 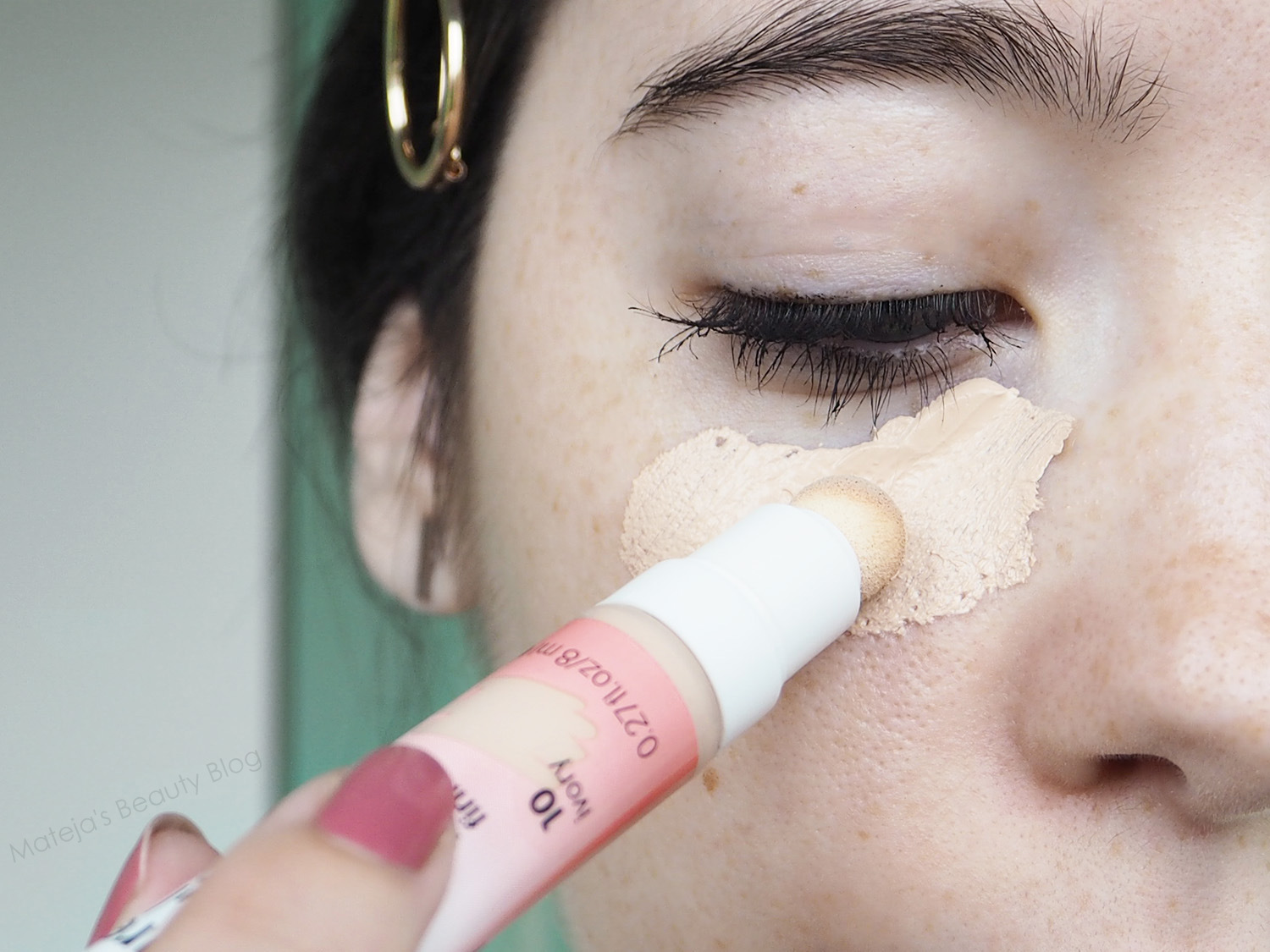 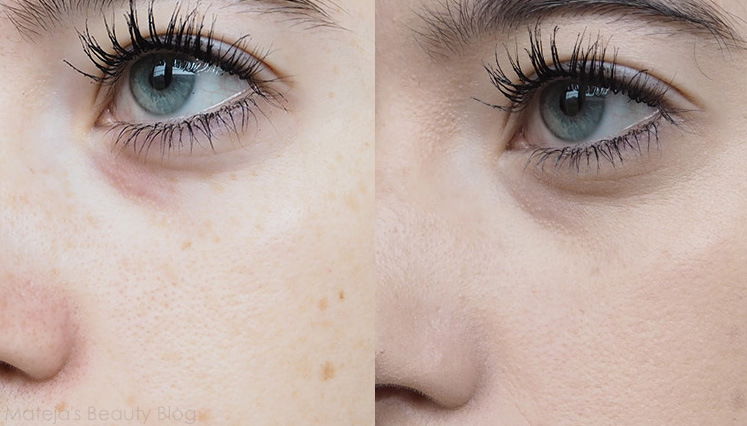 Coverage: The coverage is light-medium, though closer to medium and it’s not the best for covering really dark circles or spots. It’s more about evening out the skin tone, but considering it doesn’t cover even my circles, which aren’t that terrible, this is not a concealer for those who want perfect coverage. I’d actually compare it more to foundations and it’s very easy to use it like that. It actually looks nice on the skin, not obvious, but it can be quite shiny. 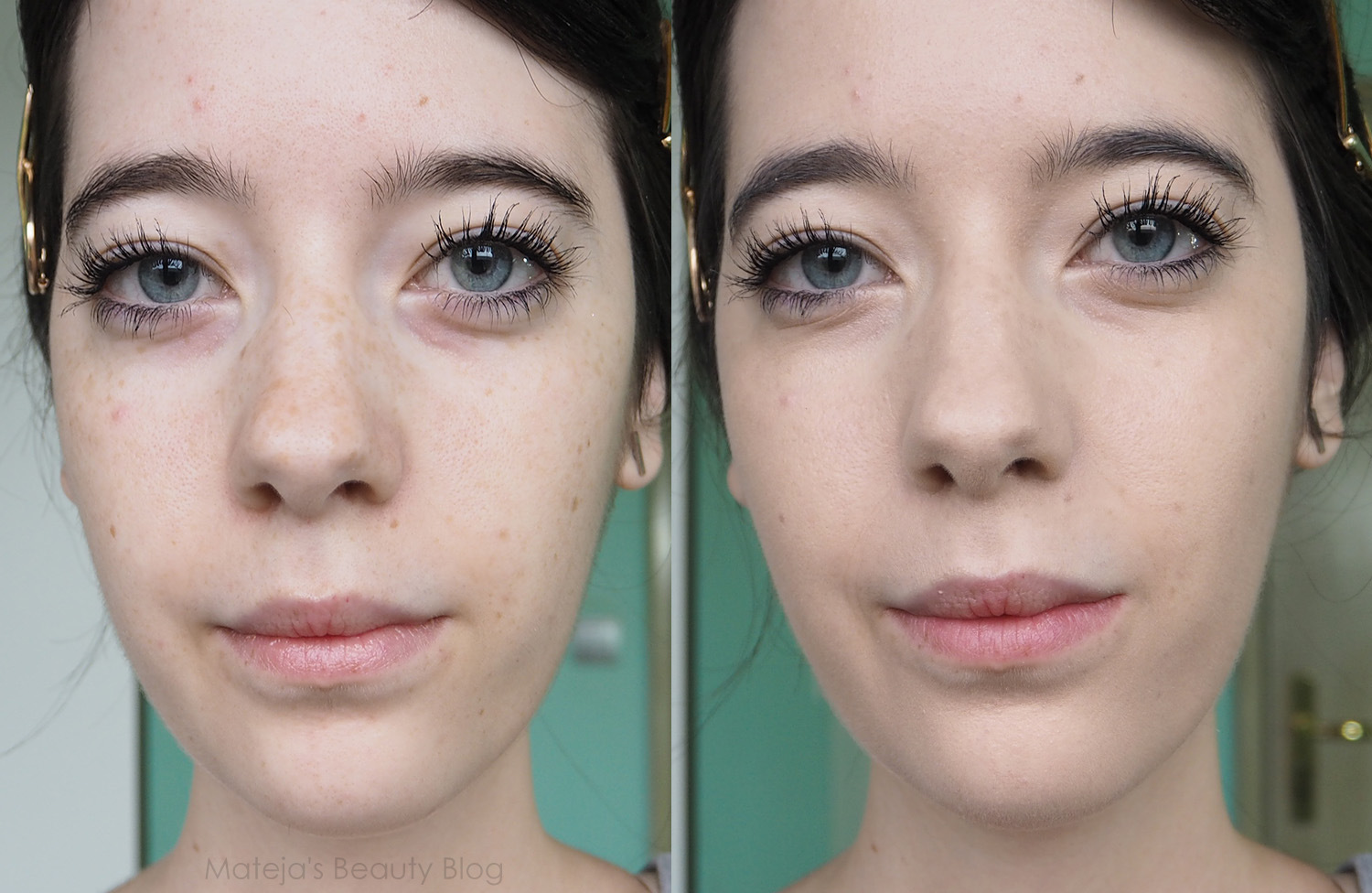 Applied all over the face instead of foundation. I have two layers under the eyes and on spots, but it’s not really covered well. You can click on the picture to see it larger. 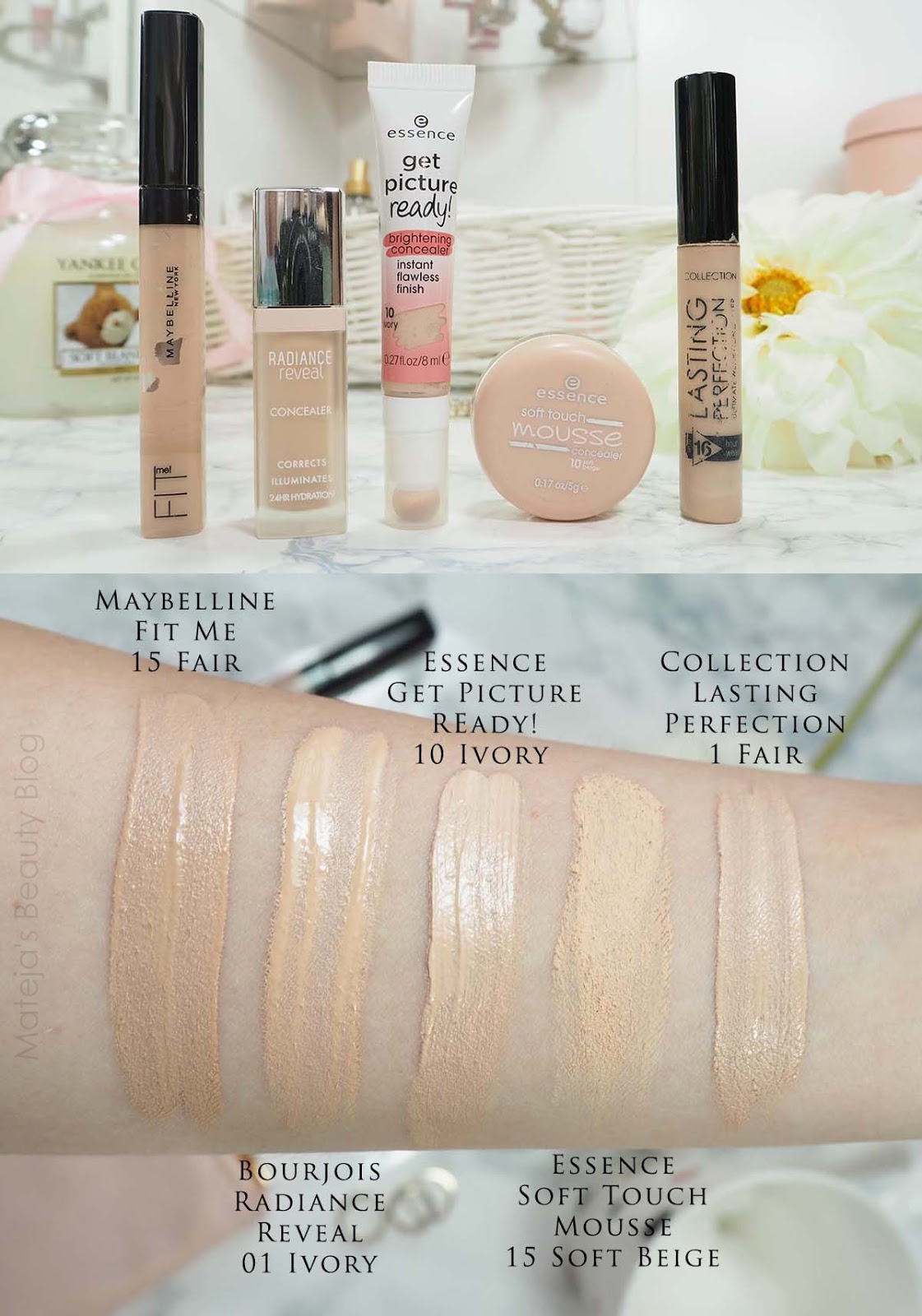 Colour: There only two shades, both very light which is bad news for those above NC25. As far as I could see, both are similar and the main difference is in the undertone, though the 010 is a bit lighter. I think it’s about NW15-20. It fits me ok, especially when it’s blended, but in a thick coat it’s slightly too dark and pink.
Staying power: It lasts averagely on the skin, Like most concealers it rubs off my nose fast, but it fades evenly, so it doesn’t look that off. 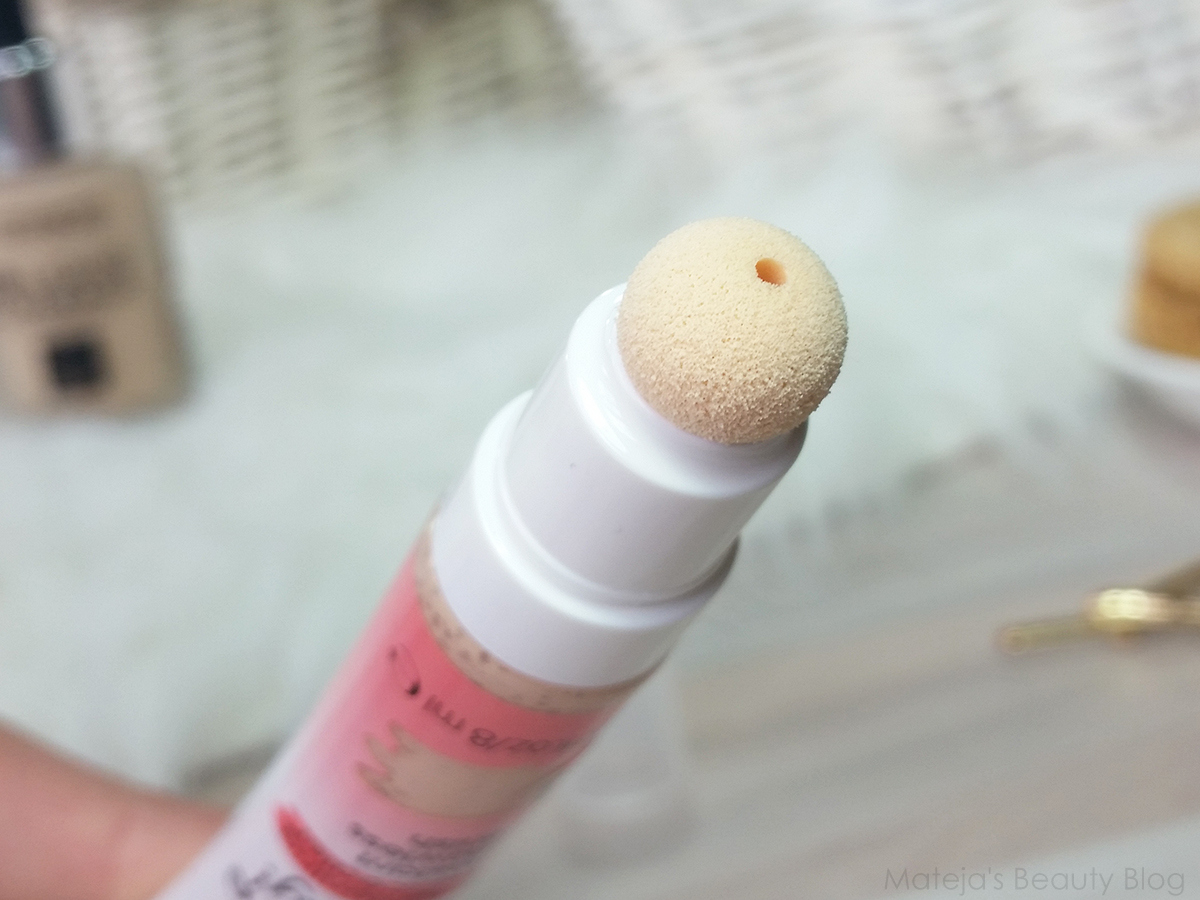 Packaging: Essence decided to combine the tube with a sponge applicator which makes how much you get out, harder to control, so I always get too much. The applicator has a hole in the middle, unlike at Eraser which gets the product all over the sponge. This concealer might just have the worst applicator in history. The sponge in completely stiff, doesn’t even bounce a tiny bit, even though the material is similar to makeup sponges and it doesn’t blend at all, only shifts the product around and absorbs a part of it. I just squeeze the product out and use a brush. When isn’t that full any more, it can start squirting the product out and I ruined two of my freshly washed shirts already. So far as I can tell, the sponge can’t be removed and washed. 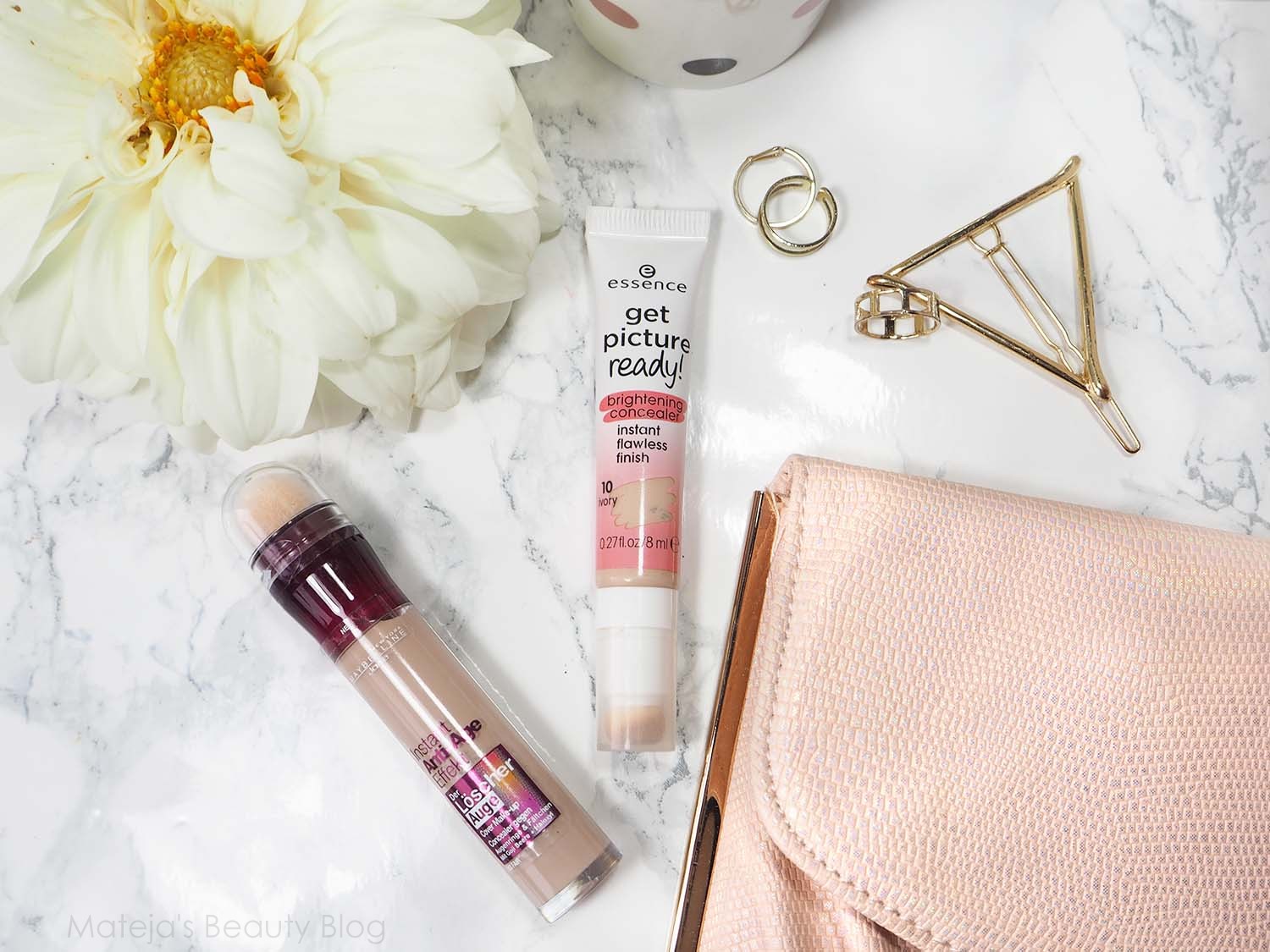 Price and availability: I got mine in Müller for 3.29 €.
Not the best concealer, but also not the worst. Don’t expect high coverage from it and don’t expect anything from the sponge either. I’ll throw it in my bag as an simple emergency foundation, but as a proper concealer, it lacks coverage. They should repackage this formula into a BB cream or a light foundation.
Have a great day!